VENTILATOR ASSOCIATED PNEUMONIA DUE TO Acinetobacter baumannii ITS...

ABSTRACT
A.baumannii is the emerging cause of severe illness and considerable mortality due to its higher capacity to acquired
resistance to multiple drugs. This study was performed to identify prevalence of VAP cases, its associated risk factors and
antimicrobial resistant pattern in intensive care unit. This case control study was conducted in Kanpur from October 2015 to
January 2017. Respiratory samples were collected from six different hospitals of Kanpur. Patients with A. baumannii acquisition
(colonization or infection) were considered as test cases and controls were without Acinetobacter acquisition. All the clinical details
were monitored for Clinical Pulmonary Infection Scoring (CPIS). Endotracheal aspirates or secretions, ET tips and sputum
samples were microbiologically analyzed for microbial growth and antimicrobial sensitivity testing was performed according to
CLSI guideline. In the study total 200 test cases were observed among these 118 cases were suspected for pneumonia. The incidence
of VAP due to A.baumannii was 11.02% and rate of VAP infection due to A.baumannii was 37.90 per 1000 device days. No
significant differences were found in age and gender of test and control group. Prolonged Ventilatory Support (>10 days) had a
higher incidence of VAP. Supine position, comatose patients were also found to be risk factors of VAP. Out of the 13 patients
84.46% patients developed the late-onset VAP due to A.baumannii. There was statistically significant difference found between test
and control group. Other clinical findings like PaO2/FiO2 ratio was found to be <242 mmHg in 10 cases. Mortality rate due to VAPAB
was 53.85% which was statistically significant. Only polymyxin and tegicycline were 100% sensitive. In our study, VAP due to
a XDR Acinetobacter is one of the most dreadful complications that occur in the critical care setting. 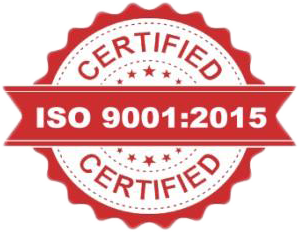